If you know some knowledge about baseball and basketball this is your place to know more. If you have more knowledge than others around you this is your safe space. I can always learn from each and every one of you as well. 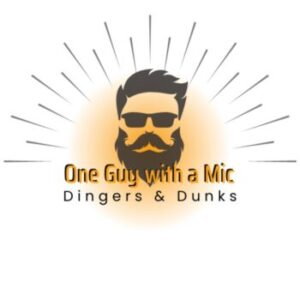 Between my grandpa and my uncle, I become an instant sports fan. My grandpa was a huge Yankees fan. But we are from Iowa and can’t watch games. In 1982 my grandpa had cable television installed. He instantly became a Cubs fan. My grandpa worked 3 pm-1130pm as a welder. He would be able to watch the start of the game on TV and then finish the game on the radio.

About 9 or 10 years old I became fascinated by baseball. All-day and every day if possible I would play baseball whether it was with my friends or with my cousin and uncle trying to hit home runs. I would also have conversations with my uncle and my grandpa about the game.

Like who they thought was an underrated player or who they thought the best players were. I would do school reports on the history of how Major League Baseball started. I would get baseball quiz games since this was before Google. I would read as many books growing up as I could about baseball.

My favorite thing about it all was looking into the past and bringing it alive by telling anyone that would listen to the stories of leagues, teams, and players. This would lead to debates which is probably my second favorite thing to do because it gets everyone talking and discussing their opinions.

Then as I got older my grandpa, my uncle, and I would broaden our conversations to basketball. This was the nineties when Jordan and the Bulls reign supreme. I was not really a Bulls fan like everyone else but I followed them and would root for them in playoffs. My favorite basketball team is the LA Clippers.

My second favorite is the Boston Celtics. We started to discuss the 70’s and 80’s NBA compared to the ’90s. I had to get one up on them so I did what I knew and started researching everything I possibly could to get that one up on them.

The talks and discussions I had with my grandpa and uncle growing up are what inspired me to start this podcast. The enjoyment of researching, doing the comparisons, and presenting my findings is why I enjoy it. As listeners and fans of the show, I hope you gain just a little bit of knowledge to use whenever you need that bit of sports knowledge.

The famous words of my grandpa’s 3rd favorite player Yogi Berra “If the people don’t want to come out to the ballpark, nobody’s going to stop them.”