Today, we’re going to talk about a star-crossed running back from the early 1970s by the name of Dave Hampton, who twice came up agonizingly short in his pursuit of 1,000 rushing yards in a single season. 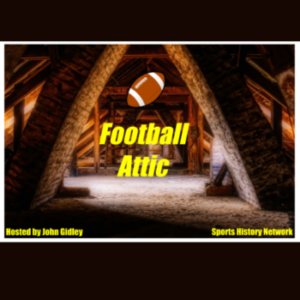 Running for 1,000 yards in a single season used to be a pretty big deal in the NFL. It makes sense when you consider that there were fewer regular-season games in which to pull it off. During the 1950s, the NFL regular season lasted 12 games. If you ran for 1,000 yards in a dozen games, it means you averaged 83 yards per game. Even when the schedule expanded to 14 games in 1961, it was still an impressive tally.

The Atlanta Falcons were a team that took quite a long time to feature a 1,000-yard running back. Founded in 1966, the Falcons started out slow, as most expansion teams do. They only won six of their first 42 games. Atlanta rarely showed any semblance of offense in those early years. Case in point: over their first six seasons, the most rushing yards a Falcons running back tallied in a single season was 722, achieved by Junior Coffey in both 1966 and ’67.

In the 1972 offseason, Atlanta signed running back Dave Hampton. Hampton was drafted by the Green Bay Packers in the ninth round of the 1969 draft out of the University of Wyoming. In his rookie year, Hampton played well, scoring four rushing touchdowns, the same total as Green Bay’s starting running back, Travis Williams. In 1970, Hampton only played in six games, tallying just over 100 yards with no scores.

He played a full slate in 1971 and scored three touchdowns, but his carries were dwarfed by the tandem of Donny Anderson and rookie John Brockington, who combined to run for over 1,800 yards and nine touchdowns. A change of scenery, however, was all that Hampton needed.

The best game of Hampton’s career came on October 1, 1972, when the Falcons hosted the Los Angeles Rams. He ran for 161 yards and two touchdowns in an easy 31-3 win for Atlanta. Although he wouldn’t come close to duplicating that single-game effort, Hampton played methodically the rest of the year.

By the season finale, he was right on the doorstep of becoming the first 1,000-yard rusher in Falcon’s franchise history, needing only 70 yards to reach the mark. Their final game was at home against the Kansas City Chiefs. It was such a big occasion that NBC’s lead announcing team, Curt Gowdy and Al DeRogatis, were on hand. Okay, truth be told, Dave Hampton probably wasn’t the reason why they were there.

It had more to do with the fact that they had called a Colts-Dolphins game in Miami the previous day, and a game in Atlanta the next day didn’t require a lot of traveling. In the middle of the fourth quarter, sitting at 999 yards, Hampton got the one-yard he needed. It was at this point that you would have thought the Falcons won the Super Bowl. The sellout crowd at Atlanta Stadium rose to give Hampton a standing ovation. 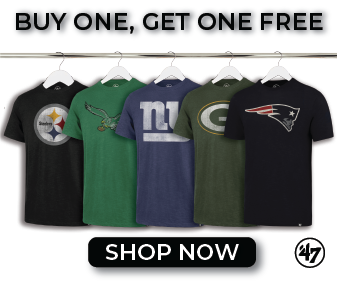 His teammates came onto the field to congratulate him. Get this, they even stopped the game for a midfield ceremony in which Hampton was given a trophy and the game ball as Atlanta’s first-ever 1,000-yard runner. All while there was still time left in the game! The next time the Falcons had the ball, disaster struck. With a game-time temperature of only 33 degrees, there were some icy patches on the field. Quarterback Bob Berry, unfortunately, found one of those icy patches while trying to pitch the ball to Hampton.

He got it away, but Hampton was tackled for a six-yard loss. His 1,000-yard total was suddenly down to 994. Even worse, the Chiefs took up most of the remaining minutes with what turned out to be a game-winning drive. With time running out, the Falcons couldn’t afford to run the ball. Hampton got just one more carry and gained only one more yard. After all the pomp and circumstance, a 1,000-yard season was not to be. Hampton’s final tally in 1972 was 995 rushing yards.

Fortunately for Dave Hampton, he was young, and he still had a lot of playing time ahead of him. 1973 was a brand new year. He started that year by running for 104 yards in the Falcons’ 62-7 opening-day humiliation of the Saints in New Orleans. Hampton would reach that triple-digit total twice more in ’73, running for exactly 100 yards on October 28 in San Francisco, and 108 at home on November 19 in a Monday Night Football upset of the mighty Minnesota Vikings.

With four games to play, Hampton had 750 rushing yards. His next three performances, however, were lackluster: 65 yards in a win at the Jets, and only 49 yards in consecutive games, both home losses to the Bills and Cardinals. In the Falcons’ season finale, at home against the Saints, Hampton needed 87 yards to, once again, try to become Atlanta’s first 1,000-yard rusher. He was right on the doorstep yet again late in the game and was handed the ball on six straight plays, but yet again, it wasn’t enough. When the whistle sounded, Hampton had run for only 84 yards.

His final rushing total in 1973: 997 yards. If it was any consolation, his pursuit the second time around wasn’t as high-profile, since it occurred on the same day that O.J. Simpson became the first player in NFL history to run for 2,000 yards in a single season.

In the 1974 offseason, fate reared its ugly head again when Hampton suffered an injury at training camp, sidelining him for the first five games of the regular season. He ran for 464 yards in nine games. Despite missing five games, he still led Atlanta in rushing, as the Falcons’ offense wasn’t just the worst in the NFL in 1974, it was one of the worst in NFL history.

They only scored 111 points all season (that’s seven per game). The three quarterbacks Atlanta used that year, Bob Lee, Pat Sullivan, and Kim McQuilken, combined to throw only four touchdown passes and 31 interceptions.

At this point, most others would be ready to give up. But Dave Hampton knew that 1,000 yards was a goal he had to reach. On Opening Day 1975, despite the Falcons losing in St. Louis, Hampton ran for 135 yards and two touchdowns. The next week, he ran for 101 yards in a home win over the Saints. Later in the season, he tallied 106 in a home win over the Broncos. Through the first 13 games of the 1975 season, Hampton had 941 rushing yards.

He needed 59 in that last game to finally get to 1,000. Ironically, the Falcons ended the year in Green Bay, against Hampton’s old team. It’s here that you might expect me to say that he finished the game with only 57 yards, but as the old adage goes, the third time was the charm. Hampton ran for 61 yards, and even though it was by the slimmest of margins at 1,002, he still did it.

After coming up short twice before, and having been injured another time, in 1975, Dave Hampton became the first Atlanta Falcons running back ever to rush for 1,000 yards in a single season. Naturally, he was the recipient of that season’s Comeback Player of the Year award.

With the monkey finally off of his back, Hampton only played one more season. After playing just three games for the Falcons in 1976, he was traded to the Philadelphia Eagles, retiring at year’s end. Almost 50 years later, Hampton is still one of only 11 running backs in Atlanta franchise history to end a season with 1,000 rushing yards.